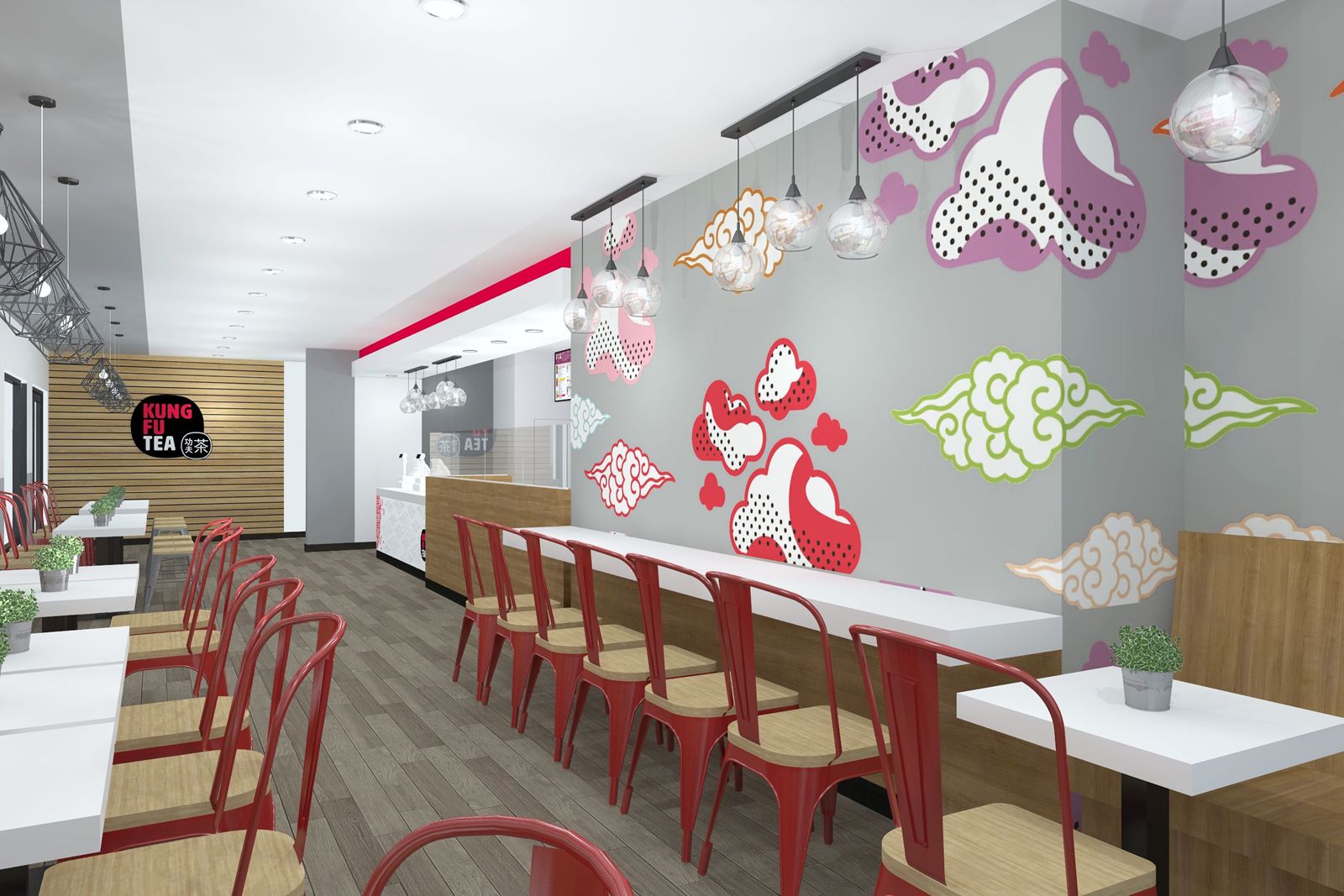 National City, CA  (RestaurantNews.com)  Mindful Design Consulting, a San Diego design agency that specializes in brand creation, interior design and building permit drawings, has brought the “cool” factor into the new Kung Fu Tea store that will open soon in National City, California. The company’s “branding by design” approach to commercial interior translated into a hip space with fun visuals and is expected to pay off in crowds of local bubble tea enthusiasts and plenty of Instagram-worthy pictures.

This is the second Kung Fu Tea store that Mindful Design Consulting helps bring to life. The first one opened in Carmel Mountain during challenging COVID times and met with tremendous success. Part of this success is due to the soaring popularity of bubble tea, a drink with a three-edged charm: an exotic vibe, a highly customizable potential apt to satisfy the most adventurous of tastes, and the visual quirks and appeal sought by those chasing new sensations.

“The new Kung Fu Tea location in National City is a perfect example of a branded interior,” said Katerina Kohlwes, the owner of Mindful Design Consulting. “Using the newly updated Kung Fu Tea branding graphics, we worked on creating a unique and personable interior space while adding familiar elements such as the red and black brand colors and the trendy interior feel.”

Recognizing the effect of the environment on human emotions is part of how Mindful Design Consulting approaches the design of commercial spaces. In the case of the new Kung Fu Tea store design, the interior creates a sense of fun meant to be received well by a hip audience with a taste for Instagrammable moments.

The impending opening of the Kung Fu Tea store in National City is just one event in a veritable bubble tea movement that is sweeping over the country and the world. Starting in the 1980s in Taichung, Taiwan, when an accidental mix of two treats ended up with a legendary third, bubble tea consists of milk tea and tapioca pearls. Since its creation, it evolved into a versatile drink, opening up to creative toppings and to the quirks and whims of international tastes as it took over the globe.

The extraordinary growth of Kung Fu Tea plays its part in this growing movement. This is America’s largest bubble tea brand that started in 2010 in Queens, New York, and counts close to 300 stores across the country today. Having started from a desire to bring the authentic taste of the Taiwanese treat to the Western shores of the Atlantic a little more than a decade ago, the chain has since expanded to Australia, Canada, Taiwan, Cambodia and Japan. The Kung Fu Tea store in National City is another sign of the health of this industry and its solid future. 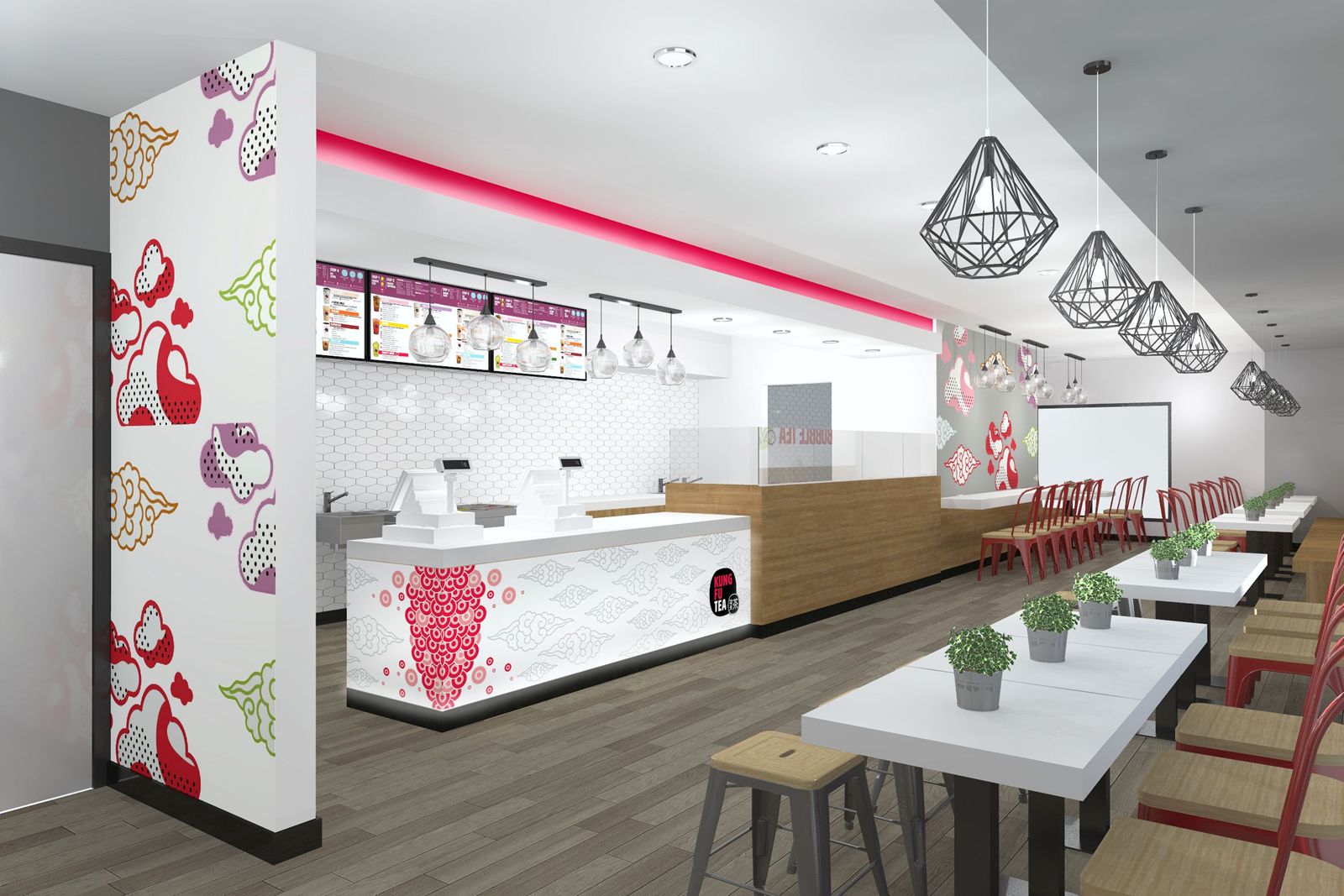 Mindful Design Consulting helps companies develop their brand through interior design. Based in San Diego, California, the company has created unique spaces for more than 300 small businesses and corporate clients, both nationally and internationally. Its team recognizes that customers “buy with their eyes” and that powerful branding must be embodied in the design from the start. Mindful Design Consulting believes in the power of personable spaces and makes high-end design approachable to all. Some of its work includes branding and interiors for restaurants, bars, dessert shops, malls, retail stores, offices, hotels and salons.

The post Kung Fu Tea Franchise Opens Up a New Location in National City with the Help of Mindful Design Consulting first appeared on RestaurantNews.com.