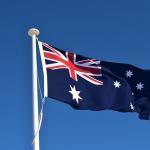 The deputy chief executive of the Australian Transactions Reports and Analysis Centre (AUSTRAC), Brad Brown said in his statement that criminal groups and money launderers financing terror were exploiting new technology to park illicit money around the world.

Further speaking to the matter Mr. Brown told the ABC’s AM program that financial services were damaged, with both retail and industry pension funds potential targets of money launderers constantly exploring loopholes to exploit. He further said, “In Australia’s superannuation sector we found there is a medium risk of money being laundered. There are different risks across every finance services sector that AUSTRAC regulates.”

Amid this, Mr. Brown said “There’s an enormous amount of money flowing around the world. We often call it the super highway of transactions. There are the whole complexity and sophistication of technology and the amount of data we receive and process.”

Now that the increased popularity of stored value cards actively used by travelers presenting another growing risk according to AUSTRAC. While Mr. Brown added, “In relation to stored value travel cards we have done a risk assessment and it is a medium risk for money laundering and terrorist financing.”

Let us not forget that the rise of cryptocurrencies is another major risk for financial intelligence and so while keeping this aspect in mind, AUSTRAC was given regulatory supervision to monitor suspicious transactions executed by cybercriminals through the use of the ‘dark web’ earlier this year. Further speaking to the subject matter, Mr. Brown profusely added saying “The most significant unlawful uses are purchases of illicit products through darkness and the dark web and to purchase more abhorrent products such as child pornography.”

AUSTRAC’s main concerns about financial services products like pension funds/superannuation which is one of the banking royal commission approaches that commissioner Kenneth Hayne is expected to deliver his interim report to the Government by September 30.

Amid this, Mr. Brown disinclined to comment on shocking revelations about rude behavior in the financial services industry where shareholder interests had come ahead of consumers. He said, “I think there will be multiple lessons learned for the industry in relation to what arises from the banking royal commission. But in terms of AUSTRAC and other regulators, I think we’ll wait until those recommendations are made.”

Additionally, the Commonwealth Bank has 54,000 breaches of anti-money laundering laws have been a core of prosecution for AUSTRAC in 2017 and has seen the bank fined $700 million at the beginning of this year. With this, the Egmont Group summit is expected to discuss the case of Denmark’s Danske Bank that has been connected in money laundering of $322 billion ($442 billion) especially when suspicious transactions were disclosed in its Estonian operations.

In a nutshell, Mr. Brown concluded the matter saying that “it was getting tougher to keep up with sophisticated criminals laundering money and financing terror. Criminals being what they are will look for every loophole and every gap that is possibly out there.”

While elaborating the matter, Mr. Brown further said in his statement that white-collar criminals were actively involved in money laundering activities and that the complexity of business structures required financial intelligence agencies in place that were racing to investigate seemingly legitimate transactions that help park money around the world!!